A Great Day for a Walk Across the Bridge

This past Saturday, I participated in this year's Walk MS New York to raise funds for multiple sclerosis. The walk route was 6 miles, starting at the South Street Seaport, walking across the Brooklyn Bridge, around Brooklyn Heights and then back over the Brooklyn Bridge to the Seaport. This is a walk I've been participating in almost every year since April 2001, and I really enjoy it. 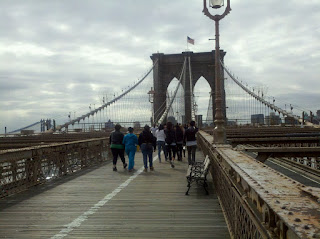 (Click to enlarge photo)
The weather for Saturday's walk started off a bit ominously with grey skies and lots of clouds. Anyone who knows me (especially my Team in Training friends) knows that I don't "do" rain, although last month I not only "did" rain, I finished the Coogan's Salsa, Blues and Shamrocks race in better time than I've ever done before. I'm guessing this was at least partly because I wanted to get out of the rain and into some dry clothes, so I moved a bit faster than usual. While the walk may have started off on a chilly and cloudy note, fortunately, it didn't stay that way. By the time I was halfway across, the sun had started to come out, and the grey skies had turned to blue.

Now, I'm not sure if you know what it's like to walk across the Brooklyn Bridge on a Saturday morning, but it's a bit like bedlam on a normal weekend, due to the oh-so-well delineated and never adhered to pedestrian and bike lanes. There is only one lane for bike traffic and one lane for pedestrian traffic. So, you have people on wheels in one lane, going in both directions, and people on two feet going in both directions in the other lane. And then, you have the people that STOP - right - in - the - middle to take pictures. I don't know what genius granted a permit for not one, but two large charity walk groups to be crossing the bridge in opposite directions at the same time, but forget bedlam - it was chaos. Add to that a bit of bridge construction, and some very potent chemical fumes which smelled like a meth lab exploded over the East River, and it gives "taking a trip across the bridge" a whole new meaning. 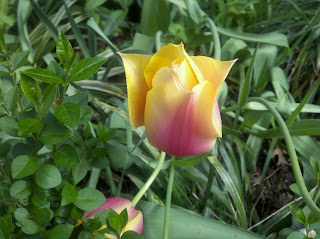 (Click to enlarge photo)
At any rate, I was most of the way across the bridge, when I spotted a familiar purple shirt of the Team in Training variety. It was a woman named Monica who is training for the San Diego Half Marathon, and she was meeting one of my favorite Team in Training people, Alison, on the Brooklyn side. So, we walked the remainder of the way across the bridge together, and we were talking so much that before we knew it, we were at Tillary Street. That's one of the really cool things about being part of Team in Training - you run into your fellow "purple people" at other races and events all over the city.

The walk then proceeded into the heart of Brooklyn Heights, which is an area I spent a lot of time in during the late 1980's doing community theatre with The Heights Players. It's a beautiful neighborhood, with some gorgeous gardens and views like this one: 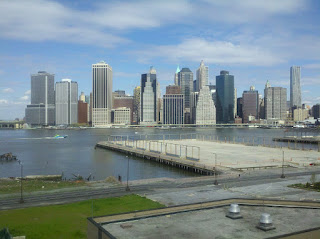 (Click to enlarge photo)
Then, it was time to head back towards the bridge, but not before I stopped several times to take pictures. (I had to keep reminding myself that this was a walk, and not race, and that I could, if I chose to do so, stop along the way.) One of the really cool things I saw was this old Chevy: 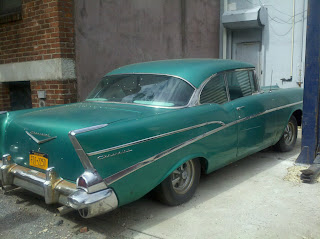 (Click to enlarge photo)
The view on the return trip across the bridge was incredible: 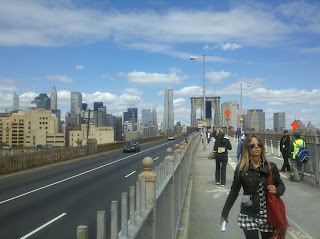 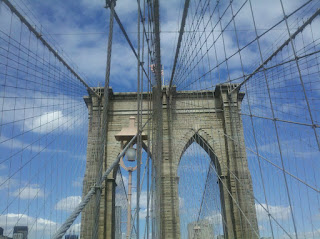 (Click to enlarge photo)
I made it back across the bridge, and back towards the walk finish at the Seaport. On the way back to the subway, I spotted this: 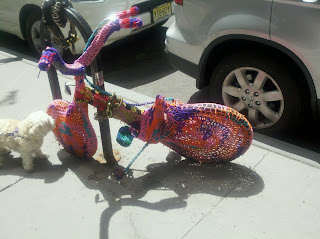 (Click to enlarge photo)
Can someone please explain to me why someone would crochet a cover for their bicycle??? Are they afraid it's going to get cold??? It had this huge chain and lock on it, too. I don't know what they're worried about - no one is going to steal a bike with that thing on it! Then again, maybe that's the point.

After the walk, I had a very nice afternoon. I met up with a special friend that I haven't seen in years, had the most delicious Irish Farmhouse Breakfast I've had in a long time (aka "Cholesterol on a Plate"), a Bloody Mary to DIE for, and had an absolutely fabulous time! I can't wait to do it again!

Email ThisBlogThis!Share to TwitterShare to FacebookShare to Pinterest
Labels: walking

Out of the Darkness Queens NYC Walk 2020
Tweet this!


Please share this link with your friends and help me

Special thanks to my supporters past and present for their support of my previous charity efforts.

Watch this space - it tap dances on occasion.

The Icing on the Cake Award 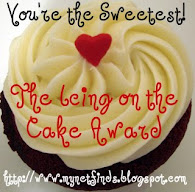 The Icing on the Cake Award, thanks to Mary Anne at Starlight Blog 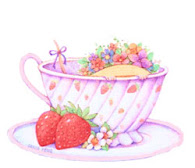 Thanks to Mary Anne at Starlight Blog